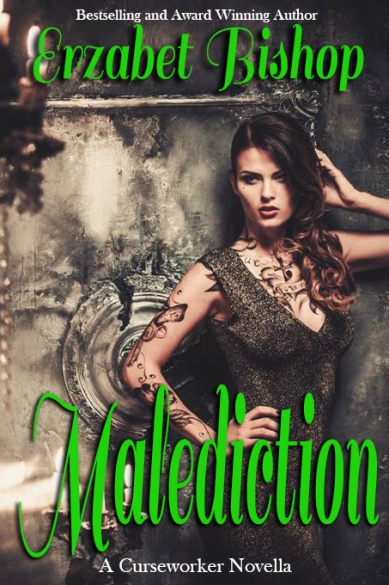 It’s witchcraft…
Nestled in the shadowy thoroughfares of Salem, Bridget has created a new life for herself. Saved from the noose by the mysterious Mr. Black during the witch trials, she runs Broomstix, a thriving curse worker and hex shop. Dangerous cravings thrust her back in harm’s way as evil stalks the streets. Will the allure of the forbidden be her curse or her salvation?
Alistair is a wolf caught between desire and duty to his pack. His Alpha goes missing and evidence of arcane magic and murder come a little too close to home. A chance encounter at a Halloween party brings his beast to the forefront and one night of passion leaves him wanting much, much more.
A war is brewing in Salem between the wolves and witch kind. When more deaths are found linked to rogue wolves, the two join forces. But wild magic reigns on Samhain and the moon may just have a mind of her own… 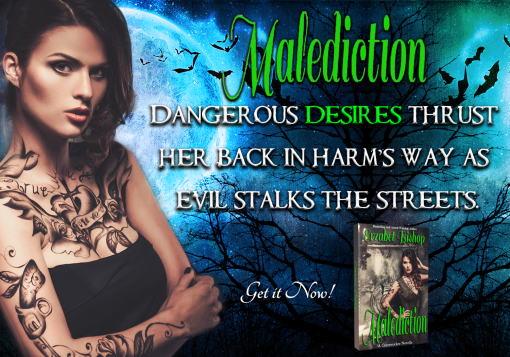 Alistair spotted the gorgeous brunette across the room and, when she approached the refreshment table, he followed. For a millisecond he’d taken her for the scrawny woman in the red dress, but on closer inspection he was pleased to note the differences. Same dress, but the way this woman wore it, he was tempted to peel it from her, inch by scrumptious inch.
His pack mate had poured a few bottles of something into the punch and, while it was entertaining to watch some of the guests succumb to the antics of the season, he didn’t quite feel the same about the sexy female in front of him. This woman would be far more interesting sober, he had a hunch and his predictions usually turned out to be spot on. The markings on her arms intrigued him and he wondered if they covered more of her body. Like tendrils of smoke curling around her flesh, they spiraled around her skin in an unending pattern, giving him the urge to trace every single one and see where it led.
He should be home at Briarwood, but his duties as Beta brought him here to make sure Jessup didn’t get too out of hand. So far the pup had been a bit mischievous, but nothing that would make him worry. Whatever concerns he had melted when he gazed at the beauty in front of him, his animal taking control.
Serious gray eyes winked at him from behind an elegant lacy black mask and he had the urge to peek beneath it to see what she was hiding. Full lips bowed below the mask, and her mass of dark hair was wound into an up-do that he longed to plunge his fingers into while he explored her mouth with his.
Jesus, Alastair. Get a grip.
His wolf perked up when she’d come into view and his instinct to bed her followed in quick succession. He shook it off with a frown. One night stands were not his style, especially with women he didn’t know. He had other concerns and, as soon as he made sure Jessup wasn’t going to fuck up and intoxicate half of the wealthier citizens of Salem, he was out of here. Duncan was still missing and he’d left Laurel in charge in his stead.
But, her eyes. Fuck. They fairly glowed with a power that socked him in the gut as they watched him from behind the mask. When she wet her lips and took her bottom lip between her teeth, he almost lost the battle with himself not to let his beast take over and drag her into the nearest coat closet.
“Are you here with someone?” He cleared his throat, aware of the growl threading through his voice.
“No. Are you?”
“Just a couple of friends. What do you think? Want to end up in a compromising situation with a stranger?” He grinned and, seeing Jessup approach, steered her away from the refreshment table. Alistair wanted her to himself, at least for a little while.
“Seven deadly sins? How about a dance? With my footwork, that could lead towards all kinds of infractions.”
“Hmm.” He swung her into his arms and into the crowd, relishing the sensation of his hand on her lower back. The plunging view offered by her bodice made his body stand at attention and the wolf beneath his skin whined with want. “So, which deadly sin could you possibly have that would sink a guy faster than lust? That dress…”
“These shoes.”
“Oh, but those… those are not a sin. Not at all. In fact, I could look at them all night long.”
“You could, could you?” The woman laughed, deep and sensual. Her eyes snapped with amusement. “Then you try wearing them.”
“Maybe I will.” He wanted her, and the closer they got, the more obvious it was going to become. He weaved her around the dance floor, her movements matching his. Her perfume and the spicy scent of her hair were making it hard to concentrate. At the look in her eyes, he dragged her back hard against him, his animal wild in his blood.
“Do you want to get out of here?”
“Please.”
“Let’s get some air.” Alistair led her out onto the balcony, the twinkle lights flickered making the grounds outside the hotel look enchanted. He had to clear his head.
“Who are you?” Alistair brushed a strand of hair away from her face.
“I’m just a girl who needs an escape from reality. How about you?”
“Same here.”
“Just a girl, huh?” The mystery woman smiled.
He gathered her into his arms, letting her feel the full force of his arousal. “I don’t know. I’m not feeling much like a girl right now.”
“No. I didn’t think you were.” She leaned into his embrace, her lips curving up in an inviting smile.
“What’s your name?”
“Bridget. Yours?”
“Alistair.”
“Well, Alistair. It’s nice to meet you. I have one question.”
“What’s that?”
“How long is it going to take for you to kiss me?”
“Time me.” Alistair’s mouth covered hers hungrily and he forced her mouth open with his thrusting tongue. She gasped, trembling within his embrace and he pulled her deeper into the shadows, away from prying eyes. 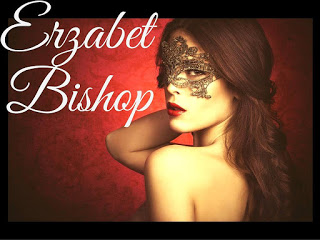 Erzabet Bishop is an award-winning and international bestselling author who loves to write naughty stories. She is the author of Lipstick, Crave, Snow (Three Times More Lucky Box Set), Malediction, Map of Bones, Sanguine Shadows,  Arcane (Prowlers and Growlers set), The Science of Lust, Wicked for You, Heart’s Protector, Burning for You, Taming the Beast, Mistletoe Kisses, Surrender, Torment (upcoming), Hedging Her Bets, Cat’s Got Her Tongue (Alpha Heat Box Set), Waking Up Wolf (Coming in Hot),  Arcane Imaginarium: Spirit Board, Holidays in Hell, Mallory’s Mark (upcoming),The Devil’s Due (upcoming), Charity Benshaw’s Enchanted Paddle Emporium (upcoming), Club Beam, Pomegranate, A Red Dress for Christmas, The Black Magic Café, Sweet Seductions, The Erotic Pagans Series: Beltane Fires, Samhain Shadows and Yuletide Temptation along with being a contributor to many anthologies. She lives in Texas with her husband, furry children and can often be found lurking in local bookstores. She loves to bake, make naughty crochet projects and watch monster movies.
Follow her on Twitter @erzabetbishop. 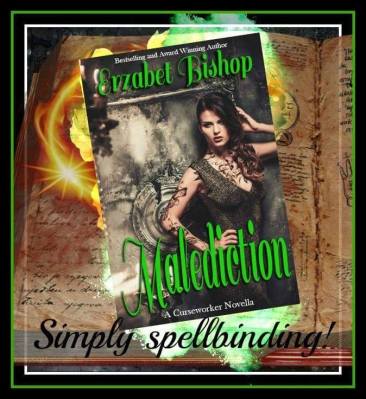